I hadn't heard of the Process until Shiki brought it up, and I'm finding them endlessly fascinating.

Fuck these cheese dicks. Now they're blaming everything on D&D.

I'm pretty sure I worked with David Berkowitz when I did tech support in the 90s. So I don't know why they show him at Sullivan correctional at that time, bragging about his new found christianity. Oddly, I think John Wayne Gacy worked there too, and he was on death row at the time. Sometimes my life is confusing.

I was going to recommend a book I have about The Process church... but holy shit it is EXPENSIVE now. https://feralhouse.com/love-sex-fear-death/

I am going to go sell my copy on Amazon for $800 like everyone else.

That's the problem with books like that. Nobody wants to print them, but everybody with a satanic bible wants a copy. I'm sure there are free ecopies all over the place.

I'm going away for a few days and was trying to finish this up last night, but I fell asleep about half way through the last episode like a chump.

1. That was Jodi Foster.
2. That police psychologist in episode one? He got his degree online.

So I made it about halfway through episode 2 before I fell asleep.

So far there are some interesting things, but nothing earth shattering. I had some points in my head last night that I should have posted then because I kind of forgot them. The whole thing started off on a bad foot for me though. Listening to these fucking cops complain about how hard their job was to do, etc etc.

But honestly the whole thing annoyed me because for atleast 1 episode and a quarter all the language and imagery they are using is to basically show how desperate they were to find someone to put an end to it.

Also the Maury guy, half the people are talking about him like he is a barely functioning rain man, but he sounds to me like someone who gets obsessive about shit and this case is no different just because some of it hits close to home with him living right there and going to school with Carr, etc. I haven't gotten into the parts that are going to really annoy me though. No satanism mentions really yet

That said. I don't think I had known previouly about...

Spoiler:
Carr's daughter... or hell even the John Wheaties thing. So it has me a little intrigued there. But I know its going to make all these points that seem valid and then swerve left into nutso land.
Letterboxd

Now you see why I post things as I go.

I really knew nothing about SoS other than the basics and remembering it when it was going on. I had enough serial killers going on in my life back then locally that I couldn't really give a fuck about someone who couldn't even kill half of their victims with a gun.

Spoiler:
That said, I've found all this really interesting. It's all new info for me. I'm not a jaded cultist like Shiki. I just wanted this to be in spoilers so you'd have to work for it.

When you guys do spoilers, can you say "Spoiler for episode X". I want to read them, but I don't know what episode they are spoiling, so I'm afraid.

No matter what I end up thinking about this documentary, I will say that the witness pictures have ALWAYS bothered me. They aren't even close to him.
Sorry, no, the less that TV companies plough into reality bullshit, the better. - Follow Horror DNA on Twitter.

Neon Maniac wrote: ↑Thu May 06, 2021 3:07 pmI had enough serial killers going on in my life back then locally that I couldn't really give a fuck about someone who couldn't even kill half of their victims with a gun.

I kept thinking that. "He's not very good at this."

Alien Redrum wrote: ↑Thu May 06, 2021 3:56 pm
No matter what I end up thinking about this documentary, I will say that the witness pictures have ALWAYS bothered me. They aren't even close to him.

No, that is a bit weird how wildly different they are, but eyewitnesses are notoriously unreliable.

Now, I am not so far in yet, but I am not all in like these docs people are on how much Wheaties looks like the one sketch. I don't think at all personally. The other brother may look like the one though.

But again, I can already see its going to be a case of presenting all thesse little things that look like they make sense and then they go whack-a-doo

Spoiler:
and start blaming D&D
You can read that spoiler...
Letterboxd

Definitely agree that eyewitnesses are notoriously unreliable but damn. These are WAY off. They resemble the Carr brothers more than Berkie. 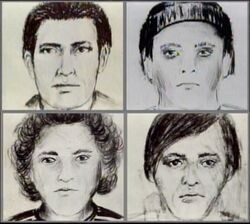 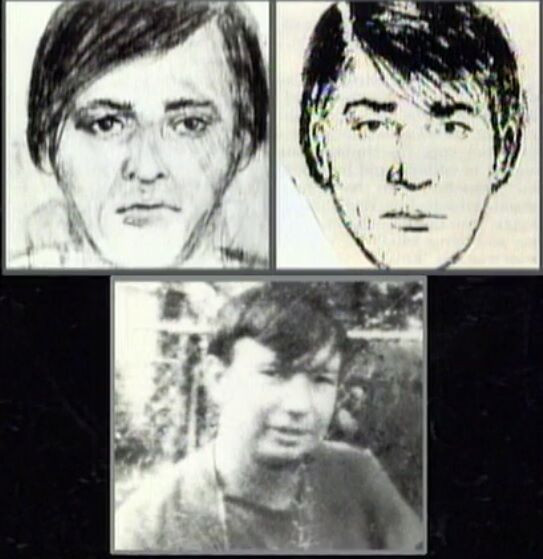 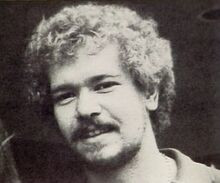 Like I said I think the other brother is a closer match to that curly haired one, but I think the frist photo that they keep trying to pass as a match to Wheatie I just do not see. the hair MAYBE but the rest of the face is so off for me its about as bad a match as it is to Berkz And I keep questioning that they literally are only ever showing that one pic of him that has the hair swoop. You are going to tell me no other pics of this guy exists? Maybe they will show more eventually, but I even did a qucik google and saw nothing else. That makes me suspect their claim.

Again I still have plenty to go on this series so I will try to keep a somewhat open mind, but...
Letterboxd

Oh, shit, no, I'm not saying John is the one in the picture, but the hair is a perfect example of what I mean. I'm only one episode inLike, you aren't going to see Berkie and say his hair was straight and parted to the side. Multiple drawings are like that.

It's one thing to be off by, say, height or even glasses. But the hairstyles are night and day. And I'd totally be in with you if it weren't for multiple witnesses, you know? Multiple witnesses and no one gets it close? I don't know.
Sorry, no, the less that TV companies plough into reality bullshit, the better. - Follow Horror DNA on Twitter.

Return to “Other Media”